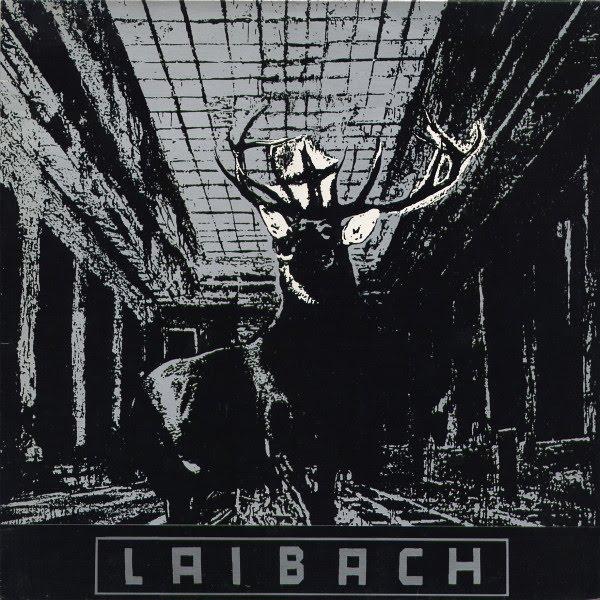 We are announcing the vinyl re-release of Laibach’s Nova Akropola LP.
It is available for pre-order from Optic Nerve website for the pre-order price of £11.99. Regular price £14.99:
http://opticnerverecordings.com/nova-akropola-p-51.html
For the USA it is distributed by Darla and available to pre-order:
http://bit.ly/1q4jYrl
Distributed everywhere else by Cargo Germany:
http://bit.ly/1tU9YQP

This popular Laibach album is available again pressed on limited edition colour vinyl. Eastern european industrial experimentalists with a heavy political leaning, Laibach have often found themselves in conflict with authorities. Expressing their views strongly through their music both here and on their continued career with Mute records, they are still actively pursuing their own unique agenda.
By the time Laibach recorded Nova Akropola, the band had attracted a following in Western Europe and a lot of attention in the music press. Nova Akropola is more sophisticated than earlier efforts, furthering the group’s music and concept. This is Laibach at its slowest, darkest, most symphonic and most extreme at the same time.
Originally released in 1985 Nova Akropola readily captures the band’s fascination with propaganda, fascism, and the implications of rallying and control, while the music was so perfectly on the money with stentorian rhythms, rough chants, and unnerving textures and samples that it almost beggars description.
Released at a time when industrial music was moving away from the experimental noise of groups like SPK, Throbbing Gristle, and Einstürzende Neubauten and starting to embrace the more dancebeat-oriented stuff of Ministry, KMFDM, and Nine Inch Nails, Nova Akropola serves as a nice bridge between the two.