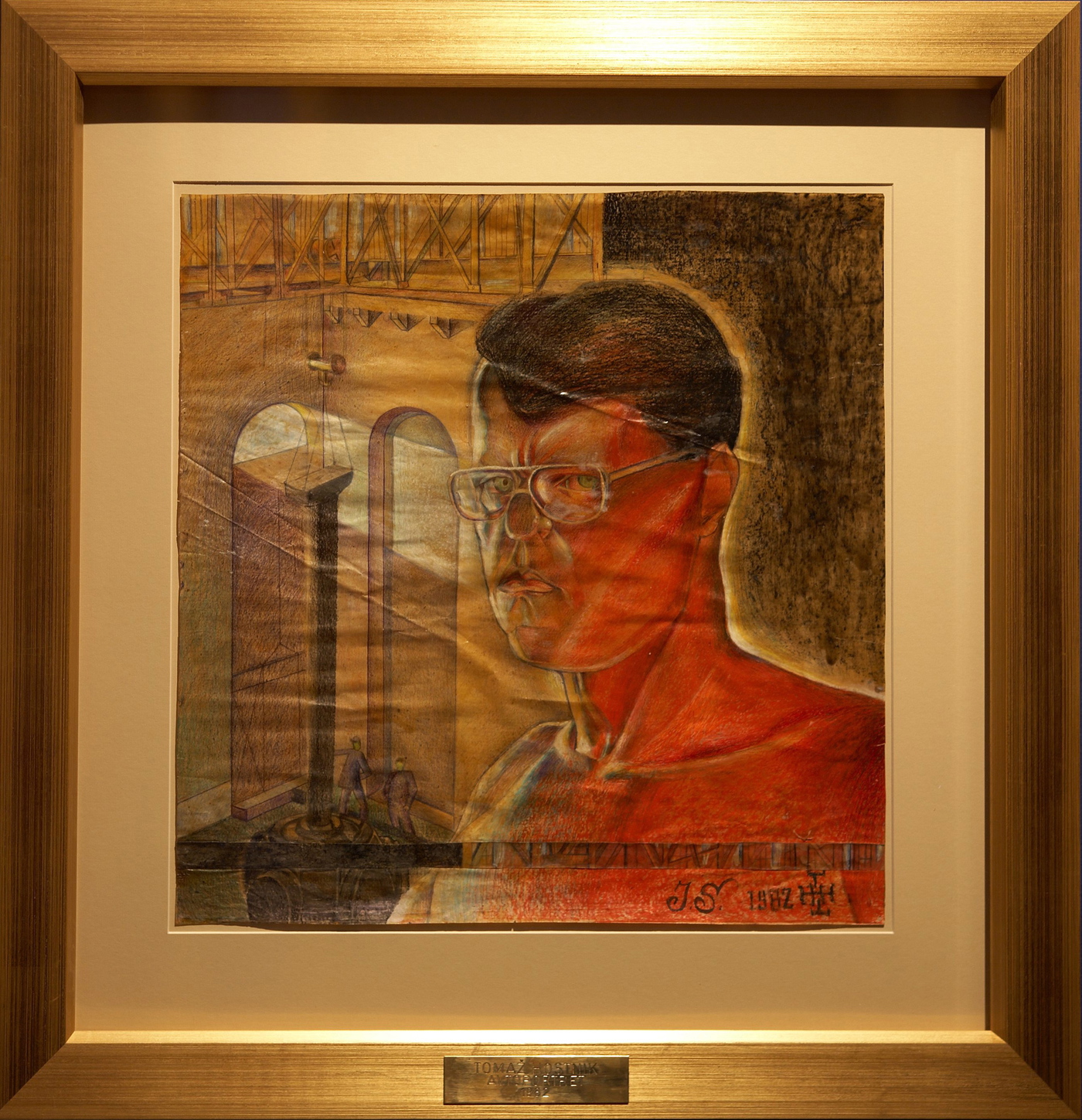 Tomaž Hostnik was born on November 8th 1961 in Medvode near Ljubljana.  He joined Laibach as a member of the group in 1981, firstly as a gramophone manipulator and later as lead vocalist (already Laibach’s third).  He was a co-author of the Laibach Manifesto – the 10 Items of the Coventant – and he accepted the position of an anonymous engineer of human souls and the principle of collective authorship. Of the four Laibachian pseudonyms (EBER-SALIGER-KELLER-DACHAUER) he received the name ‘Ivo Saliger’. He also wrote a poem Apologia Laibach, which has become recognized as another – poeticised – manifesto of the group. Tomaž also contributed important artworks to the first Laibach Kunst exhibitions in 1982. His most memorable public performance was  at the Novi Rock festival in Ljubljana’s  venue Križanke, on September 10th 1982, where he performed as Laibach’s frontman,  dressed in the uniform of a Yugoslav Army officer, greatly resembling the demeanour of Slobodan Milošević, who ascended to power only few years later.  During the show a bottle was thrown which cut Hostnik’s face and he began to bleed, but he finished his performance regardless. His final concert with Laibach was in Zagreb, on December 11th, in the Moša Pijade venue. This concert became known as ‘The Touch of Evil’.  On 21.st of December Tomaž Hostnik committed ritual suicide by hanging himself from one of the most powerful Slovenian national symbols – the kozolec (a wooden hay rack) near his hometown, Medvode.  Laibach disapproved of his act of suicide and posthumously expelled Hostnik from the group, returning him to his private identity. Despite this, the group often referred to him and dedicated various projects to him, including an installation entitled APOLOGIA LAIBACH, created around Hostnik’s self-portrait. R.I.P.