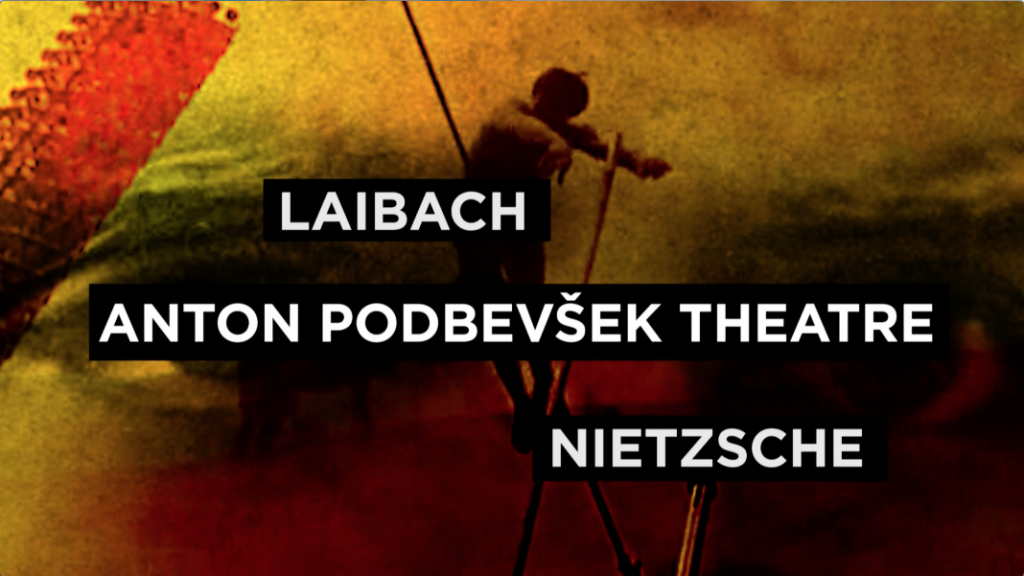 Anton Podbevšek Teater (APT) is staging the première of Thus Spoke Zarathustra, directed by Matjaž Berger, on 15 March 2016 at 8 pm at the Božidar Jakac Art Museum in Kostanjevica na Krki. The performance is based on one of Nietzsche’s central ideas regarding the overman surpassing himself through inner transformation. The project is a collaborative effort featuring Laibach (original music) and actors and co-creators. The performance,  staged at the historic Kostanjevica church, will offer the interpretation of Nietzsche as a radical and original thinker oriented towards the future.

“No longer will my spirit walk on worn-out soles.” Friedrich Nietzsche

The philosophical novel Thus Spoke Zarathustra, which is considered a seminal philosophical work, written by the controversial German philosopher Friedrich Nietzsche, one of the most praised, yet also one of the most suppressed and scorned philosophers, has gone through numerous musical (Richard Strauss) and literary adaptations ever since its creation (1883–1885). Nietzsche’s Zarathustra, which was written over a period of two years at different locations between the Alps and the Mediterranean Sea, reflects the philosopher’s spasmodic and sharp style of writing, which may at times come out in short bursts or it may be spread out in prolonged flourishes and digressions whereby it might be possible to throw the interpretative matrix over the entire horizon of his thought. In Thus Spoke Zarathustra, the director Matjaž Berger and the co-creators have elected to “walk” the line of Niezsche’s bridge between animal, man and overman. In doing so, they have affirmatively mapped out the intimate path of the performance in the direction of man’s inner transformation. Zarathustra, who “rechristens” the Christian commandment of loving one’s neighbour into “love of the furthest”, is, according to Nietzsche, someone who teaches people and encourages them to constantly surpass (overcome) themselves, recognizing and pursuing volition itself whereby strength must be found and recognized. According to Nietzsche, the human being is always an “over-going”: a bridge and not a goal, a rope over an abyss seeking companions – fellow creators to share and create with – along its path. Willing emancipates: for willing is creating.

“This is now my path, where is yours?” Thus Spoke Zarathustra.