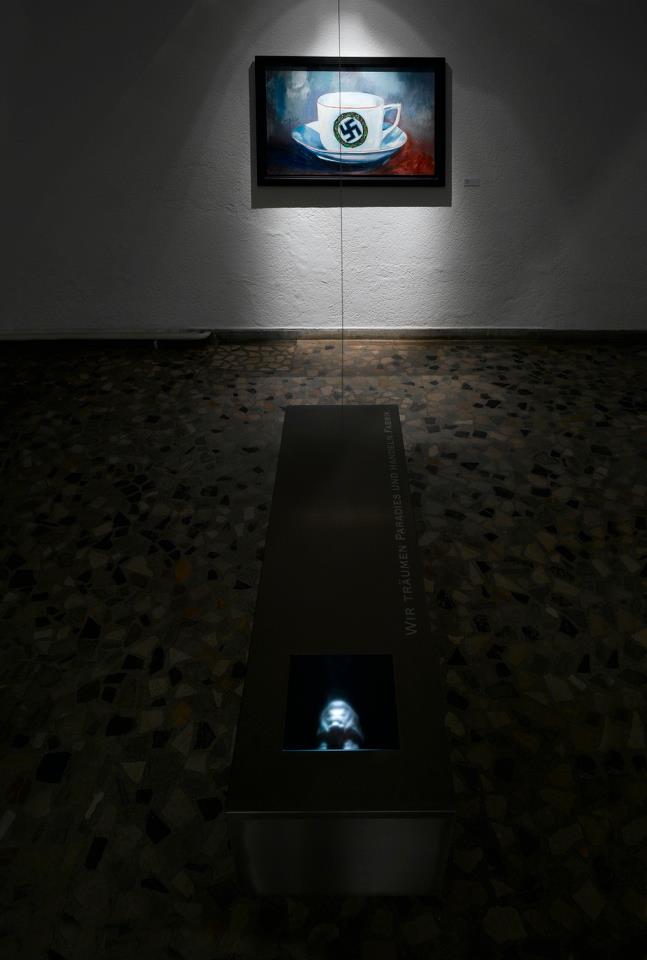 Laibach was invited to collaborate at the Biennial of Contemporary Art, D-0 ARK Underground, taking place in Konjic, a small Bosnian town, in a Atomic shelter named ARK, which Yugoslav army built between 1953 and 1979. This shelter occupies a space of 6.500m2 and consists of 12 connected blocks. It resembles a complicated labyrinth, with residential areas, conference rooms, offices, strategic planning rooms, and other functional areas. The construction and existence of this bunker was kept secret until the 1990s, when ARK was finally revealed. ARK was built as a military bunker by the former Yugoslav People’s Army (JNA) to function as the Main Centre for Military Operations or Military Command and as the shelter for President Josip Broz Tito, his family and his closest associates in case of war. Laibach is exhibiting installation NATURA MORTA.