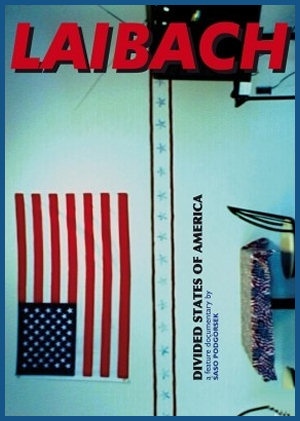 The next in Laibach’s series of DVD releases, ‘Divided States Of America’ with bonus footage of Laibach Live In Paris, was released on 13th November 2006 by Mute.

This film is a unique document of the Laibach tour, set during the traumatic post-election atmosphere in the USA, a country deeply divided by two opposite political and cultural poles. The tour has been therefore named “The Divided States of America Tour”.