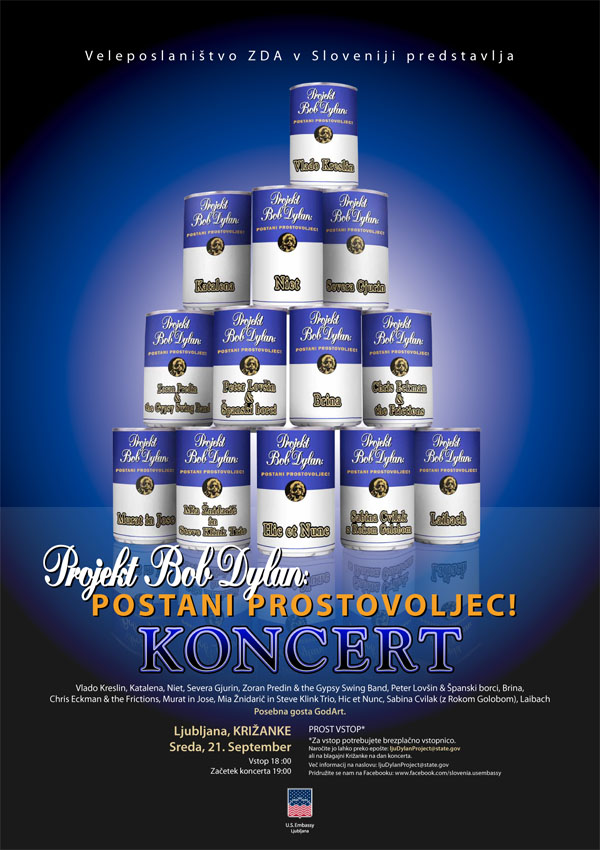 Laibach is playing a short concert in Križanke, Ljubljana (SI) on September 21st 2011 at the “The Bob Dylan project – become a volunteer!”. This is an event, organized by the American Embassy in Slovenia, to commemorate Bob Dylan’s 70th Anniversary. Several artists, based in Slovenia, among them Vlado Kreslin, Katalena, Zoran Predin & the Gibsy Swing Band, Peter Lovšin & Španski Borci, Chris Eckman & the Frictions, etc. are going to present their cover songs of Bob Dylan.

Free entrance tickets are available! You can obtain a free ticket by sending an email to:ljuDylanProject@state.gov or at the entrance of the venue on the day of the show.

LAIBACH LIMITED EDITION – VINYL ON DEMAND!
AT HOW MANY LUX…?